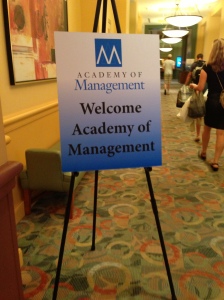 The blog has been very quiet for the past 2-3 weeks because I was travelling. It was a mixture of work and holidays, in the US. I had hoped to keep writing during this period. However, it proved frustratingly difficult to have access to fast, reliable and inexpensive Wi-Fi. In the end, I just gave up trying to upload any posts and, instead, I limited myself to keeping in touch with the world via social media and the BBC News website.

What I noticed, during this period, was that the news that the BBC website would feed me, in the front page, were rather different from the ones I would have expected. For instance, on one of the days there was extensive coverage of the suspension of baseball player Alex Rodriguez for doping, something that I would really not be exposed to if I had been accessing the website back in the UK.

What I experienced, there, was geographical profiling. As there is limited space in the homepage, BBC News needs to present to me the information that they deem to be most valuable. This is done through algorithms that filter all possible information based on particular criteria, such as location.

Filtering is common and, generally, useful.

It does mean, however, that I get a partial view of the world, only. A partial view that is very different from that presented to others elsewhere in the world. And, over time, I will construct a view of the world – of what is happening, what is important, what is socially acceptable, etc… – that is different from the view of others. I become enclosed in the ‘web of one’, a concept described in this talk by Eli Pariser (which I shared here on the blog some time ago, but that is worth sharing, again):

Clearly, using news websites from other countries is not enough. For instance, if I was a US resident following BBC News in an attempt to learn about the British cultural references, I would conclude, wrongly, that baseball is a common discussion point and that British residents know about the Alex Rodriguez affair. The filters on the website would have showed me what I might want to see, not what I needed.

Funnily enough, the way I found of keeping abreast of what was ‘important news’ back in the UK, or Portugal, was through my Twitter feed. As the feed was constructed by me, rather than assembled by an algorithm, I have control over its content. For instance, in my twitter feed there are people from many different religions, as well as Atheists; there are people pro and against same sex marriage; there are people on both sides of the argument regarding surveillance programmes for national security; there is talk of camping as well as luxury travel; and there are many views of what marketing is or what marketers should do.

There are limits to serendipity on social media, of course. I follow some people that have been suggested to me by Twitter and, thus, through algorithms. I follow others because they were mentioned by people that I follow, or I came across them in conferences or meetings, and therefore, we are likely to have interests in common, anyway. But, overall, I think that social media can make us aware of other points of view and help us balance the effect of automated web filters, at least those based on location and your past browsing history.

What is your view?

7 thoughts on “Breaking through the filter bubble with social media”