Are you a Star Wars fan? And do you play Fortnite? If you answered yes to these two questions you were in for a treat, last week, when the Star Wars franchise teamed up with Epic Games for a special feature in the very popular multi-player game, Fortnite.

Fortnite players were treated to an online event, ahead of the release of the latest movie in the franchise: “Star Wars: The Rise of Skywalker in LA”. This collaboration represented a very meaningful nod to the importance of video games as promotion media! Twitter user @JuiceboxCA provided this overview of the exclusive event and its relevance as a marketing / co-branding initiative (click on the arrows to navigate through the thread):

Last week also marked 30 years since the first episode of the Simpsons was broadcast, as a stand-alone show (before that, the Simpsons had been a short feature in another show). The show became very much part of popular culture, and over time attracted a number of celebrity cameos – from Michael Jackson to Stephen Hawking. Famously, the show’s writers also predicted various events, including that Donald Trump would become President of the USA.

Reverse product placement is when a product that originally appeared in a fictional setting (i.e., a movie, a comic series or, indeed, a TV cartoon series like the Simpsons) is later produced and commercialised in ‘real life’. One example is the Wonka chocolate bar, which got its name from the fictional chocolate factory in Roal Dahl book’s Charlie and the Chocolate Factory. In the case of The Simpsons, it was Duff beer that made its way from fictional to the real world. Duff beer is Homer’s favourite drink, and features in multiple episodes.

It is also a real drink sold in various countries (for details, check Wikipedia). 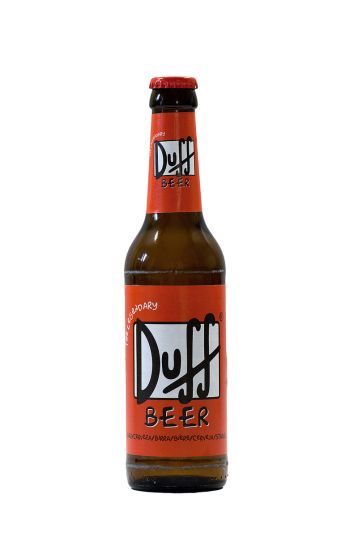 Another interesting fact about the Simpsons is that several of the show’s writers are accomplished mathematicians. They often slip complex maths’ puzzles and jokes in the episodes. 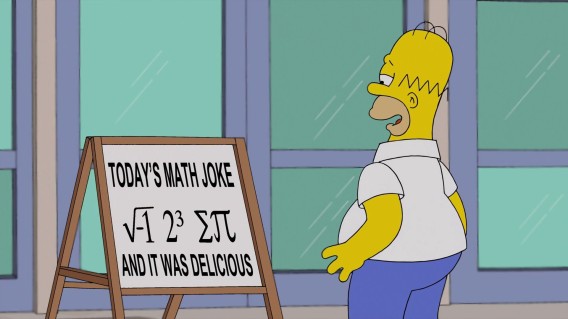 This book by Simon Singh offers a fascinating discussion of the role of maths in the show.  It’s really interesting!

If you celebrate Christmas, I wish you and your family a very Merry Christmas. Mine will be a quiet affair.