When I was growing up, photos were something that we staged carefully; that we took in small numbers; and that we had to wait a long term to see. They marked specific moments.

Nowadays, we take lots of photos that we can see immediately; we may share one or a handful with others on social media, while the rest linger on our phones or the cloud, never again to be looked at (unless we use software that remind us of photos taken on this day several years ago). 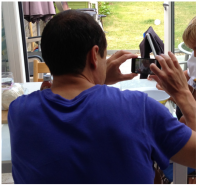 Having just started to use Snapchat, again, recently, as a form of communicating with child 1, who is now at university, I have come to realise that photos can have yet another purpose: as a form of conversation with the teen. Sometimes, they are just the background; other times they are the centre piece. But they are always about the message, not the moment. So, it was with much interest that I came across the book “The Social Photo”, authored by Nathan Jurgenson, a social media theorist who is also a sociologist at Snap (the company behind snapchat). In the book, Jurgenson reflects on how social media have changed the way we take photos, and the way we use photos to see and relate to the world.

This interview captures some of the interesting messages from the book. Regarding how phone cameras and social media have changed photography, Jurgenson notes:

One of the ways social photos are different from traditional photos is the degree to which they are not just about documenting and recording an experience, but about sharing an experience. This can bring more people into a moment.

Here is an example:

If I am exploring a new city and see something that reminds me of a friend, and I snap it to them and we talk about it, that might be a removal from my moment in a geographic sense, but a deeper engagement of that moment in a social sense.

Jurgenson also talks about how the combo of phone cameras and social media have turned photography into a way of talking without words:

The rise of ephemerality and small-group sharing has changed why and how much we share. As I argue in my book, photography has moved from documentation to something that more closely resembles talking.

For example, there’s a cup of coffee next to me right now. It would make for a boring photo by traditional photographic standards. But it would make for a perfectly acceptable social photo, and there are many ways I would snap it: to indicate that I’m at a specific cafe right now in case others want to join, to let someone know that I am still working and writing, or to simply be a canvas on which to play with various filters or augmented reality objects.

The cup of coffee isn’t just something I am documenting and sharing, but something I can speak with. This understanding of the world as something to speak with greatly changes what, when, and why people might “share.”

Though, Jurgenson also says that the metrification of photos on social media platforms (i.e., the likes, views, shares and other metrics) can also control our behaviour:

Metricized platforms encourage seeing yourself, your experiences, and your world not in and of themselves but to be put to work, to be made productive.

If I am using a platform that is centered on metrics and numbers and I travel just to get photos that help me “win,” then the camera and platform are being used against the goal of experience for its own sake.

Chatbots still have limited capabilities. As captured in this post reporting such a discussion at World Summit AI:

“We need to forget the infantile idea of using chatbots for any purpose and rather approach them as a tool for a specific purpose. Interacting with a chatbot is useful when being addressed for a simple task: changing a hotel reservation, booking a flight ticket, ordering food and so on. For now, we can’t just approach a chatbot as we were having a conversation with any other person.”

Still, they (the chatbots, that is) are being deployed in more and more scenarios where there is a high-volume of queries requiring a relatively limited range of answers.

To be successful, chatbots need to have powerful natural language processing capabilities to process what the human is saying or asking (including being able to handle interruptions and hesitations). Perhaps even more importantly, chatbots need to reply in a ‘natural’ way. This is not to say that chatbots should try to deceive the humans at the other end of the conversation; but, rather, that the conversation needs to play out in a manner that matches humans’ rules and expectations for conversations. For instance, taking a certain time to produce a reply. The people designing the flow of questions and answers for a bot are called, you guessed it, conversation designers or, more broadly, Computational Linguists.

According to this post on Medium, the job of a conversation designer is to train algorithms to understand, answer and entertain chatbot answers; and they do so by giving the chatbot contextual awareness, a voice and… personality. Making sure that the chatbot’s voice and personality matches the overall brand experience makes sense, I think.

Moreover, their Twitter account regularly shares interesting research from their staff and from external researchers. There is, for instance, this really interesting post looking at Handel’s bank accounts, and what it says about the career and life of the 18th century’s musician, and the circles he moved in. So, here is a shout-out to the twitter account of the Research branch of the Bank of England. It is very much worth of a follow: ‪@BoE_Research 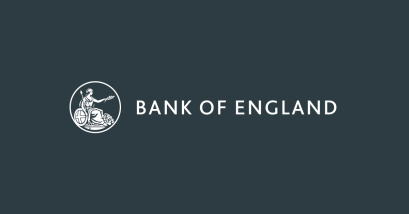