You may have come across the message by Dr. Cal Newport that we should quit social media. For instance, there is the NYT article “Quit Social Media. Your Career May Depend on It”. There is also this TEDxTalk, and numerous posts on Cal’s own blog.

I am very ambivalent about Cal’s advice. On the one hand, I share his views on the benefits of focused work, as well as his concerns about the addictive effects of social media (because getting a like / comment / view, etc on social media releases dopamine, the same chemical released when addicts smoke, drink or gamble). On the other hand, his recommendation to quit social media is based on assumptions about the nature of social media which are not really discussed and that, maybe, ought to be challenged.

Cal’s advice seems to be based on the view that consumption of social media may be tempting and may even be enjoyable, but is toxic. So, we need to wean ourselves from social media, and warn others to stay away. Much like smoking, really, which may help smokers relax, but causes a whole host of lethal diseases on those that smoke as well as on those around them.

In the social-media-are-like-tobacco scenario, Cal is like the early anti-smoking campaigners, who fought powerful institutional forces, and educated the public on the grave harm of this product. They were doubted, even ridiculed; but they, eventually, saved many lives, and improved public health. For sure, Cal is not alone in those views. For instance, research has found that high levels of social network use reduce self-control which, in turn, is associated with harmful behaviours such as over eating or over spending. 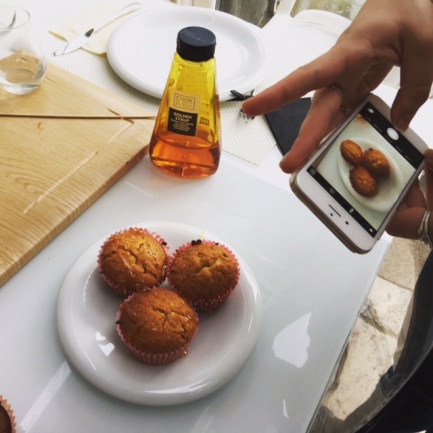 But what if social media instead of being like tobacco is more like water? Or, rather, more like an aquatic environment? Being in water can be cold, uncomfortable, tiring and, potentially, dangerous; but can also be refreshing, reenergising and relaxing, not to say that aquatic environments are key for our survival.

In the social-media-like-water scenario, is it productive to refuse to engage with the medium? Is it responsible to tell others to say away? We used to live and work without social media, but now we need to learn to do so with, or via, social media. We need to find new ways to communicate, maintain focus and consume information; much like we need to learn how to swim and to hold our breadth, if we are to take full advantage of the aquatic environment. For sure, jumping into the water is foolish because we may drown. But stubbornly refusing to enter the water isolates us, and may even threaten our long term success. What we need is education about safe ways of engaging with social media – much like we need to learn about currents, temperature, and so on, to thrive in an aquatic environment.

After all, while there is research that the harmful effects of social media on our well-being, there is also research about their positive effects. For instance, this large scale study found that while heavy use of digital technology is harmful for teenagers’ mental health, moderate use can actually boost their mental wellbeing; and that social media helps teenagers feel included and supported.

The idea that an over-abundance of information is bad for decision making is not new. People said the same about the invention of the press, and it was a key message in Alvin Toffler’s 1970’s book ‘Future Shock’.

Can you imagine what a sad world we would live in, if people had decided to quit on the press, because the flood of news and ideas resulting from this invention was bad for our ability to concentrate or produce high quality work?

One thought on “To quit social media: brave or irresponsible?”